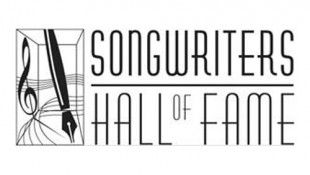 The 42nd annual Songwriter’s Hall of Fame induction and awards dinner is set to take place in New York, and Reservoir will be there to sponsor the event once again. This past year, a handful of long-time music legends, like Leonard Cohen, Jackie DeShannon, and David Foster, were hand-picked to become part of the prestigious Songwriter’s Hall of Fame; an honor that fewer than 400 people have experienced. This year, these music greats will be joined by another handful of songwriter’s that have left an indelible impression on the world of music. The 2011 inductees will include the likes of John Bettis, Garth Brooks, Leon Russell, Billy Steinberg & Tom Kelly, and Allen Toussaint. Special awards will be given to selected musicians during the event, such as the Hal David Starlight Award, that will be presented to Drake, and the Johnny Mercer Award that will be given to Barry Mann and Cynthia Weil. As an added bonus, this year’s event will also include presentations and/or performances from major musicians, like Billy Joel, Dwight Yoakam, Bill Medley, Boz Scaggs, Chrissie Hynde, and more.

Reservoir is proud to sponsor this event for a second year in a row and to honor these musicians on their great achievement. Our own Bruce Roberts, has written with, and for, a number of the presenters and award recipients – including Chaka Khan and Trisha Yearwood – making this occasion particularly special for Reservoir.  For a complete biography and list of all inductees into the Songwriter’s Hall of Fame, visit http://songwritershalloffame.org/.