The tables come from Wesbild through the City’s Park Gift Program, which allows donors to make a financial contribution towards a variety of park amenities. The tables were officially unveiled on Friday, September 9 with an inaugural match featuring Wesbild’s Development Manager Raymond Nothstein and Coquitlam Mayor Richard Stewart.

The new ping pong tables can be found at Town Centre Park in Coquitlam at the south end of Percy Perry stadium by the concession stand and playground. 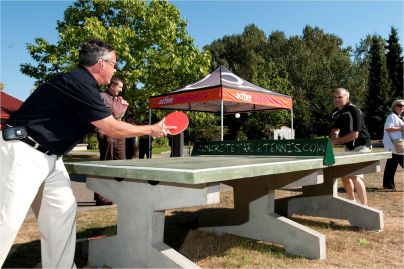