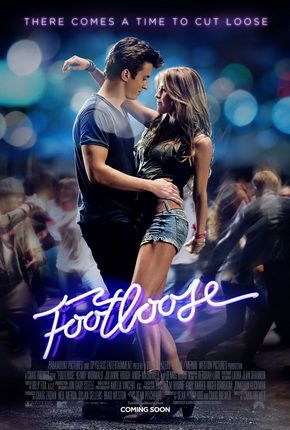 The excitement has been brewing, and the wait is finally over, as Paramount Pictures and Spyglass Entertainment’s Footloose hits theaters today. The film, a remake of the 1984 classic, follows a group of teenagers as they rebel against a small town’s ban on dancing. Paramount has partnered with major brands to promote the film, including Boot Barn, Herbal Essences, Salon Perfect, Greyhound, and HSN, who created a unique line of clothing inspired by the film. The film features a soundtrack that’s been updated to reflect the diverse tastes of today’s youth. Reservoir is proud to contribute Big & Rich’s “Fake I.D.” to a soundtrack filled with incredibly talented artists, including Zac Brown, Cee Lo Green and The Smashing Pumpkins. The New York Times says of the film “the music in this Footloose is better and more eclectic than the original, with some blues, country and vintage metal mixed in with the peppy dance tunes.” Entertainment magazine has given the film an A-, and US Magazine called it “High-Energy Fun”.