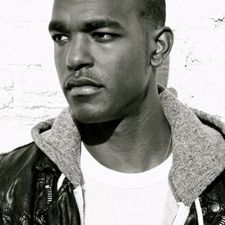 Before you begin to wonder “who in the world is Luke James?”, you might already know. Signed to Nate “Danja” Hills label, New Age Rock Star Records (N.A.R.S.), James has penned songs for artists such as Chris Brown, Justin Bieber, and Britney Spears. Since the release of his single “I Want You”, he has received high praise for his soulful voice and acquired a growing number of fans from outside and inside the music industry, including superstar Beyonce.

A singer/songwriter who grew up in New Orleans, James knew at the age of eleven that he wanted to reach out to people through his music. To him, making music must come from the heart. “If I can’t feel it, I can’t do it”. His philosophy explains the depth of raw emotions displayed on his new single “I Want You”, co-written by Danja.

JoJo’s “Sexy To Me” (Produced by Danja) In New Clearasil ...
Scroll to top