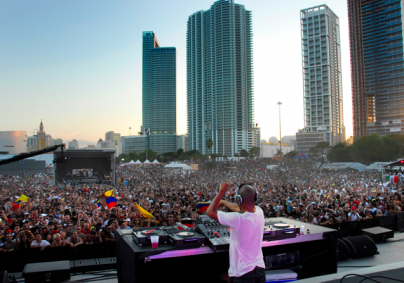 MIAMI, FL – This past weekend Reservoir traveled to Miami, FL to attend the Ultra Music Festival, the world’s leading electronic music festival.  Over 200 of the best electronic producers and DJs from all over the world played at the festival with 165,000 fans in attendance.

TORONTO, ONT- Reservoir members attended the 30th year of the Canadian Music Week in Toronto this March.  The event is regarded as one of the premier entertainment events in North America focusing on the business of music.

AUSTIN, TX – SXSW has reinforced itself as one the world’s leading music conferences this year with a few impressive and unprecedented highlights.  Rap and hip-hop was more apparent than ever before in Austin, TX this March with performances from Jay-Z, Kanye West, Lil Wayne, Eminem, T.I., and 50 Cent.

Follow Me!
Swing Into Spring Clinics at Predator Ridge