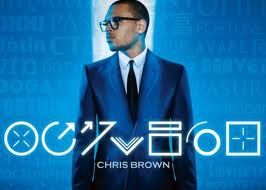 Chris Brown’s fifth studio album, Fortune, is #1 on the Billboard 200 chart a week after its release on July 3.  The album becomes the second #1 U.S. release of Brown’s career after the first, F.A.M.E., topped the chart in 2011.

Reservoir songwriter and producer Danja is the mastermind behind Fortune’s third single, “Till I Die.”  “Till I Die” follows the energetic dance-pop lead single “Turn Up The Music” and down-tempo R&B follow up “Sweet Love.”   Stylistically, “Till I Die” is a departure from both, featuring futuristic sound effects and militant percussion over an airy hip-hop track.  Guest verses featuring Big Sean and Wiz Khalifa lend extra star-power to the song.

Follow Me!
Home is Where the Cart is at Predator Ridge