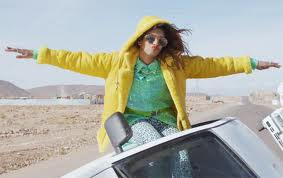 The music video for “Bad Girls,” the Danja-penned hit performed by M.I.A., has been nominated for three MTV Video Music Awards in this year’s ceremonies.

The video features M.I.A. in a Middle Eastern setting alongside stunt car drivers and dancers, and was positively noted by press like The Huffington Post and The Los Angeles Times upon its release.  The video was first unveiled in February via Vice Magazine’s new music channel, Noisey, and has amassed nearly 24 million Youtube views to date.

The 2012 MTV Video Music Awards will air live on MTV on Thursday, September 6 at 8pm/7pm Central.

Follow Me!
For A Minor Reflection’s Kjartan Holm on Tour with Sigur Ros

Heritage Collection Homes by Foxridge for $699,900 at The Foothills
Scroll to top