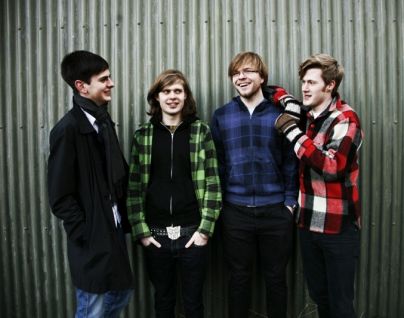 Indie-rock band For A Minor Reflection have leant their guitarist, Kjartan Holm, to fellow Icelanders in ambient rock band Sigur Ros. Holm was called on to stand in for Sigur Ros multi-instrumentalist Kjartan Sveinsson after Sveinsson confessed to a Reykjavik blog that he was “tired of touring” and would not play the Sigur Ros dates.  Holm is the younger brother of Sigur Ros bassist Georg “Goggi” Holm.

Sigur Ros’s world tour commenced in the States on Sunday with a date in Philadelphia at The Mann Skyline Stage. The tour is in support of Sigur Ros’s latest release, Valtari, released on May 29, 2012 on XL Recordings.