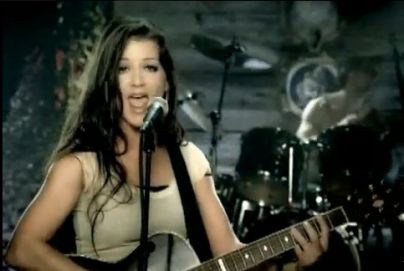 John Rich, writer and co-writer of such Reservoir catalog hits as "Save A Horse, Ride A Cowboy" (Big & Rich), "We Got It Going On" (Bon Jovi), and "I Play Chicken With The Train" (Cowboy Troy), spoke to Larry King about the moment he discovered Gretchen Wilson.

On King’s Larry King Now talk show, Rich sat alongside fellow The Next mentor, Gloria Estafan, while explaining that Gretchen was a bartender in Nashville when he first encoutered her. After hearing Gretchen perform with the house band, Rich approached her and the two began collaborating. Together they wrote songs for Gretchen’s first album, Here For The Party, including the Reservoir catalog hit single, "Redneck Woman." Gretchen’s debut album went on to sell 13 million albums.

Click here to hear the clip of John Rich talking about Gretchen and "Redneck Woman" on Larry King Now.

And click the stills below to watch the music video for "Redneck Woman," and other John Rich-penned hits.