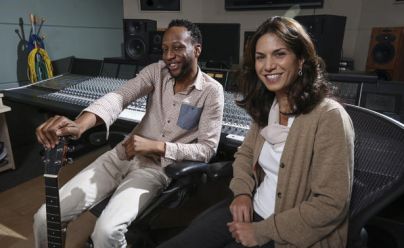 "Technology may have changed the way music is made and delivered in the last decade, but the role of the songwriter remains the same."

Thus begins "Solid Gold Songs Still Mean Solid Profits," an exploratory piece on the business of songwriting currently running in the Toronto Star, Canada’s largest daily newspaper. Business columnist for the Star, Ashante Infantry, turned to none other than Reservoir President Golnar Khosrowshahi and recent signee Slakah The Beatchild (real name Byram Joseph) for an inside look at how money is made in the often convoluted business of music publishing.

The article touches on numerous points of interest, including Reservoir’s own roster, what swayed Slakah to sign with an indie publishing firm, and licensing placements that generate both buzz and income.  Infantry acknowledges the importance of this last activity, citing it as a “crucial” pursuit of those in the publishing business, along with nurturing the growth of contemporary songwriters. As Khosrowshahi herself comments, “The creative product is still king.”

Read the full article on TheStar.com.