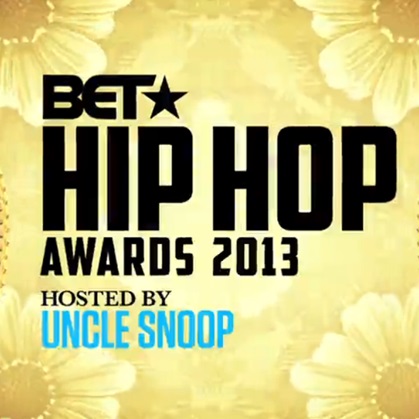 The 2013 BET Hip-Hop Awards were hosted last night, with the rap game’s premiere talent rolling out to perform and accept their props.

Drake also scored Best Hip-Hop Video and Track of the Year (“Started From the Bottom”), while Jay-Z won Best Live Performer and Hustler of the Year, Kendrick Lamar took MVP of the Year, Lyricist of the Year, and Album of the Year for Good Kid, M.A.A.D. City, plus the Sweet 16 prize for his verse in “Problems”.  A$AP Rocky and Nicki Minaj snagged the Made You Look fashion nod, and French Montana won Best Club Banger with Rick Ross, Drake, and Lil Wayne (“Pop That”).  Mike Will, who made the music bed for Platinum hit “Bandz A Make Her Dance”, was recognized as Producer of the Year, and Big Sean won Best Mixtape for his Detroit release.