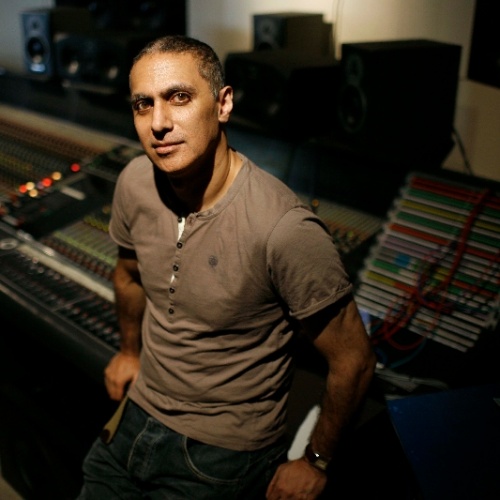 Reservoir is thrilled to announce the signing of accomplished composer, producer, and musician Nitin Sawhney.  The company will publish all future works created by Sawhney, whose existing catalog of electronica, jazz, and film and television scores boasts over six hundred titles.

Sawhney is regarded as one of the industry’s most versatile contemporary composers, alternately crafting envelope-pushing albums and impactful soundtracks, and pursuing ‘extracurricular’ endeavors like BBC Radio 2 series Nitin Sawhney Spins The Globe and the occasional TEDx Talk.

At the core of Sawhney’s success is a portfolio rich with exceptional composition and production. His nine internationally released albums have received numerous accolades, including a Mercury Prize nomination and a host of international entertainment awards.

Equally successful are Sawhney’s scores for visual media, which include some sixty titles for film and television alone. Among his notable compositions are two Ivor Novello-nominated works: the score for celebrated British television drama Second Generation, and music for the Sony Playstation video game Enslaved, for which Sawhney teamed up with long-time collaborator and friend, actor-director Andy Serkis.  Several additional scores include composition for the BAFTA-nominated BBC series Human Planet; an original score for the Hitchcock thriller The Lodger, performed by the London Symphony Orchestra; prolific pieces for theatrical companies Cirque Du Soleil, Akram Khan, and Complicite; and the soundtrack to acclaimed Mira Nair film The Namesake.  Wonders of the Monsoon, a new flagship series airing on BBC Two, made its October debut featuring a soundtrack composed by Sawhney, which The Independent praises as an effectively stirring part of the production.

“I’ve always admired Nitin’s work,” Barrett says.  “His curiosity about music is insatiable, and because of that his creative and collaborative potential is unlimited.”  To date, Sawhney’s recording collaborations include work with such music industry elite as Sir Paul McCartney, Sting, and Jeff Beck, as well as contemporary artists Joss Stone, Norah Jones, and Anoushka Shankar.

Reservoir President Golnar Khosrowshahi is well poised to lead the team in sourcing new opportunities for Sawhney, both through the company’s capable creative staff and through her role as President and Chair of the Board of Yo-Yo Ma’s Silkroad, a creative collective whose global ethos echoes Nitin’s own work.

Khosrowshahi states, “There is a real opportunity for both Nitin and Reservoir to grow from the experience of working together, exchanging ideas, and exploring business endeavors in a way we might not have without the distinct texture of Nitin’s work and his unique approach to the industry.  We welcome Nitin into our active roster and look forward to supporting his development in any way that we can.”

Sawhney is currently at work supporting his forthcoming tenth album, Dystopian Dream, having performed songs from the release at London’s prestigious Royal Albert Hall earlier this month.  The virtuoso says of his new partnership, “I feel excited and honored to have my forthcoming work represented by Reservoir.  They have already clearly demonstrated their deep understanding of artists and how to manage artistic catharsis, expression, and communication. I look forward to a long and constructive partnership in the days ahead”.