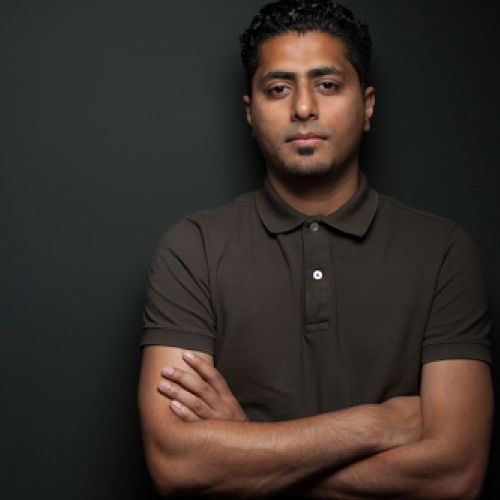 Reservoir is pleased to welcome accomplished songwriter, recording artist, producer, and executive Hussain “Spek” Yoosuf to its team as Senior Vice President of Creative and A&R.  Based in the company’s New York City headquarters, Spek joins Reservoir’s veteran creative team to further develop a rapidly expanding roster of active writers and producers around the world.

Spek arrives at Reservoir following a streak of impressive publishing work abroad. In 2005, he led overseas acquisitions for Canada’s Olé Media Management, serving as the publisher’s UK & European Representative based out of London.  In 2008, Spek founded Fairwood Music (Arabia), the first full-service music publisher in the United Arab Emirates and one-time representative of UMPG, EMI, Cherry Lane, and Roy Orbison Music.  Spek followed Fairwood with the 2011 launch of PopArabia, a company he founded that remains the leading music publisher in the Middle East.

Spek’s creative background is equally robust, with writing and production on several projects, including Reservoir writer Nitin Sawhney’s Mercury Prize nominated album, Beyond Skin.  Coupled with his own background as a performing artist, first in the trailblazing Canadian hip-hop act Dream Warriors and later in the jazz-rap collective Us3, Spek’s perspective on the business of songwriting is uniquely multifaceted.

“We’re excited to add an executive as accomplished and versatile as Spek to the team,” says Reservoir COO Rell Lafargue.  “We’re a progressive publisher, and Spek has proven to be incredibly forward-thinking throughout his career.  Not only has he been extraordinarily successful behind the desk, but he’s also done it on the mic, behind the board, and onstage worldwide, which brings a special insight to our songwriters as they build careers with Reservoir.”

The hire will see Spek professionally reunited with London-based Managing Director Annette Barrett, who first signed him to Warner/Chappell as a songwriter in 1997.  Spek adds over twenty years of experience to Reservoir’s creative team, which is headed by Barrett and includes industry veterans Faith Newman in New York, Charlie Pinder in London, and Patrick Conseil in Los Angeles, who collectively oversee an active roster of over thirty writers worldwide.

“A history like Spek’s, with its range of experience and insight, is rare and valuable in this role,” Barrett says.  “It’s a pleasure to work with such talent again.”