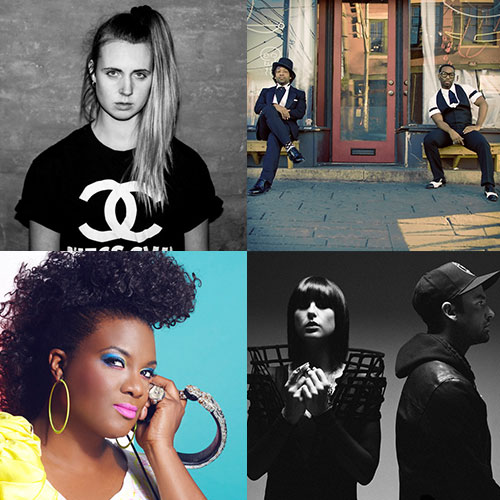 The seasons are changing, and as all music lovers know, with warmer weather comes festival season!  More than a few Reservoir roster artists are included in this year’s hottest lineups, so there’s no better time to get outdoors and see your favorite acts.

First off, electronic R&B duo Watch the Duck will be playing SXSW on March 18th and 21st, so Austin better get ready for some high-energy soul. 2 Chainz hits South-By at the same time, with a showcase scheduled with fellow rappers Cap.1, Short Dawg, and Skooly, also on the 18th.

Just after, Euro-dance queen Terri B! is headed to sunny Florida for a set at the Winter Music Conference on March 26th, to be followed by MØ’s Coachella performance on April 12th and 19th.

New Years Day fittingly kicks off Warped Tour on April 7th, the first of a staggering forty-three dates this summer. Finally, Phantogram will be playing Philadelphia’s eight annual Roots Picnic on May 30th.

Honorable mentions performing this summer include Tiësto, Cazzette, and DJ Snake, all of whom will be tearing up Ultra Music Festival March 27th-29th.

The lineups keep rolling in, with Drake unveiling the lineup for his October’s Very Own Festival, and Phantogram Tweeting a mysterious tease about popping up at SXSW!  Stay tuned all around…