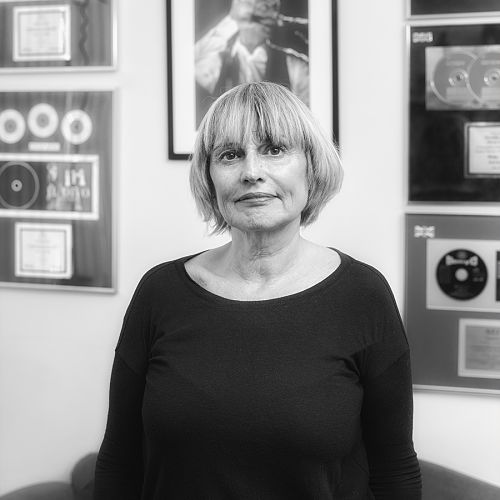 Reservoir/Reverb Music Managing Director Annette Barrett spoke to Music Business Worldwide about the mission of the Independent Music Publisher’s Forum, which she helped found. Barrett also currently sits on the Board of the IMPF. Read the piece below:

A group of powerful independent publishers have vowed to collectively ensure that their market does not suffer from a damaging concentration of power in the coming years.

The Independent Music Publishers Forum (IMPF) was officially founded at Midem two years ago, and now counts more than 50 rights-holders as members.

Pierre Mossiat, CEO at Strictly Confidential and another founder member, Annette Barrett of Reservoir/Reverb tell MBW that IMPF was partly created to ensure the independents had a voice on the board of the ICMP – the global trade body representing music publishers’ interest – so it was crucial and strategic that IMPF had a seat on ICMP Board from the outset.

Says Mossiat: “We realised that the reaction to our creation may be: ‘Another trade association?!’ But we had the feeling that a few questions were not being answered for us [at ICMP].

“ICMP is doing important things that we don’t always understand or have input into. As independents, we have to have an eye on regulations, but that’s time-consuming and expensive – and ICMP is a perfect tool to manage it, so long as it’s not only in major interests.”

IMPF’s independent publishers certainly won’t see eye-to-eye with their major peers at ICMP on every issue.

A good example is the recent agreement between Sony/ATV and the estate of Michael Jackson for the purchase of the remaining shares of the ATV catalogue, worth an estimated $750m.

IMPF argues that the concentration of catalogue into the hands of Sony ATV – a company estimated to hold 30% of the music publishing market – would give Sony/ATV unfair negotiating power on digital deals.

The trade body has taken its protest to the European Commission, claiming that the move runs the risk of “reduced consumer choice and increased prices” in future.

If this battle with the most powerful market elements seems familiar, that may be because of an organisation which has clearly inspired IMPF.

“We certainly identify with IMPALA and Merlin, and what they have achieved,” says Annette Barrett

IMPALA, of course, lobbied hard against Universal’s 2012 $1.9bn buyout of EMI Music in the EC – a process which eventually saw UMG have to divest the Parlophone catalogue to Warner, and Warner in turn divest $200m+ in assets to independent labels.

“Independent publishers need representation with that strength and impact just as much as, if not more than, independent labels,” adds Barrett.

(If IMPF mirrors IMPALA in the label world, then the UK-based group of IMPEL – Independent Music Publishers’ E-Licensing – is more of a direct equivalent to Merlin; tackling commercial negotiations with digital services.)

When IMPF was setup, it primarily had one item on its agenda: the Global Repertoire Database.

Yet the GRD project, which would have created a single worldwide repository for all music publishing rights information, infamously collapsed in late 2014, by which time costs had hit £8m – a bill certain PROs were not willing to foot.

“The idea has not gone away since then,” comments Mossiat. “We still need global data for a global business.

“The GRD probably was probably too fast and probably too expensive for CMOs. But the next step, of regional hubs [bundling together collection across numerous territories’] is very possible, before something bigger in the future.”

He adds: “Our members are natural entrepreneurs, which means we are naturally less scared of change than the majors.”

One change those members certainly aren’t scared of is a redress in the balance of how much publishers get paid by streaming services.

A report from SNEP last year suggested that writers/publishers get around 16% of post-tax payouts from audio streaming platfoms – with labels taking 73% and artists 11%.

“You see in the press, ‘Good news about music. Spotify has paid X,’” adds Mossiat.”But that’s not always good enough news for our members.

“We as publishers missed a train there. We’ll never get what we should, but we must work on improving it.”

Follow Me!
Reservoir President Golnar Khosrowshahi Partners with NMPA and Yo-Yo Ma for...