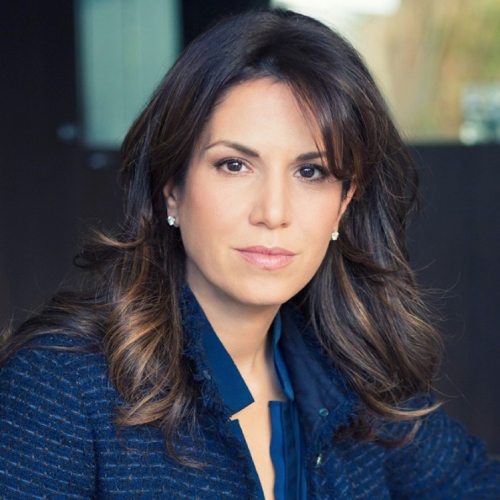 As featured in Music Business Worldwide, Reservoir President Golnar Khosrowshahi offers a transatlantic perspective on how Britain’s exit from the EU may affect the wider music business – not just on a financial level, but to the A&R process and beyond:

The dust has now settled to some degree on the shock and dismay that many of us felt as a result of the UK’s decision to leave the European Union. However, what continues to linger is the thought that the world in which we live is now intent on erecting cultural and physical barriers.

While the outcome of the Brexit vote was somewhat surprising, it wasn’t one for which we were completely unprepared.

As an independent music publisher with operations in the UK and throughout Europe, Reservoir has been making contingency plans for the potential impact of the UK voting ‘Leave’ for a number of months—in our business, the surprise hit song is the only welcome surprise.

Now that Brexit has gone from a projected possibility to a reality, the mood is decidedly cautionary.

Our trepidation is not solely down to the potential impact on revenue should Britain be headed into a recession, as some are predicting. After all, a fiscally cautious approach is nothing new for those of us in the music business, given the digital revolution that the industry has undergone and the legislative uncertainties that lie ahead.

“Brexit has the potential to disrupt the music publishing sector’s flow of creative productivity – a change our business truly cannot afford.”

Moreover, we have seen music sales and streams to be somewhat recession-proof—access to one’s workout playlist provider of choice or the odd Taylor Swift download are not necessarily where people look to significantly reduce their day-to-day lifestyle expenditures.

Rather than concern at the unlikely prospect of an immediate, dramatic loss of income, our thoughts turn to Brexit’s potential to disrupt the music publishing sector’s flow of creative productivity, a change that our business truly cannot afford.

Touring, which in itself accounted for only 2.3% of Reservoir’s UK performance royalty earnings last quarter, is a springboard for further creative and collaborative opportunity, with those creators and executives involved relying on freedom of movement between Britain and continental Europe to advance their promotional, production, and performance ambitions.

“The impact of brexit on this industry could mean so much more than a minor decline in royalty revenue.”

We especially see this dependence on physical connectivity between the UK and Europe when it comes to songwriting. One could argue that with the advent of production automation apps like Landr, not to mention the now-standard video conference technology provided by Skype, the in-person writing session is less crucial to the process than it once was.

While applications and platforms have left an indelible mark on a songwriter’s collaborative options, it has been our experience that the in-person songwriting session continues to be instrumental to the creative process, with 100% of Reservoir/Reverb Music’s top 10 UK Combined Singles hits in 2015 resulting from in-person creative brainstorms, and nearly 70% of the year’s top 10 U.S. singles originating the same way. In either instance, several of the meetings that spawned these successes were between UK and European based talent.

From the Billboard charts to our bottom line, it is clear that physical interaction makes a significant difference, and a closed door policy, pending new air service agreements for inter-EU carriers like EasyJet, an excess of cumbersome Visa and carnet applications for touring musicians, and even a budget-stretching increase in mobile phone costs due to roaming, will not facilitate the kind of intercontinental collaboration that has allowed our industry to flourish in this region.

Historically, the United Kingdom has been peerless in cultivating music industry leaders and creative talent, earning a reputation as the launch pad for numerous iconic artists and musical movements. A recent BBC article highlighted that one out of every six albums sold around the world is by a UK artist.

Even beyond our own industry, the UK’s thriving music business has been crucial in creating in excess of 100,000 jobs. Musicians, composers, songwriters, and lyricists alone contributed £1.9 billion to the national economy in 2014, with live music tourism, much of it from continental Europe, contributing £3.1 billion in the same year.

Considering Brexit’s potentially adverse effect on all of the UK’s global industries, I wonder how successful the post-Brexit British music business will be in nurturing initiatives for music and the creative community in general. If a recession does occur and there is a withdrawal of funding, will the music industry be able to stimulate enough activity to offset its decline and save jobs?

“Brexit fundementally goes against the advances in unification that the music industry has undertaken.”

Will it still enjoy the same level of influence in matters of European copyright law? Can it foster entrepreneurship in our industry, an area of increasing priority as music industry firms find themselves at the mercy of influential global tech giants?

I can’t help but circle back to the main question that troubled me following the Brexit vote—why have we compromised a position of real influence that has proved so valuable for our industry over the years?

This is why the impact of Brexit on the music publishing industry could mean so much more than a minor decline in royalty revenue, and why we remain cautious in its wake.

Brexit fundamentally goes against the advances in unification that the music industry has undertaken—the sharing of information, the discovery of new talent and the ability to move about the world with unprecedented fluidity to overcome the physical barriers once involved in conceiving, recording, distributing, and broadcasting music. This is all under threat.

I look, therefore, towards the future with trepidation, wondering how far back a move like Brexit will set us in making the music industry a truly global marketplace.