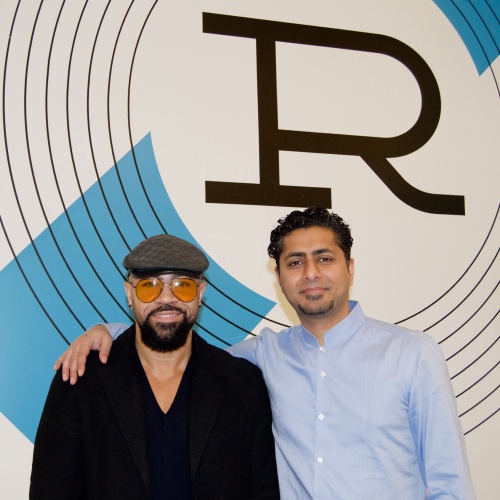 “I am excited to be a part of the Reservoir family,” said Beanz. “I was looking for a publisher who understood and supported my talent and had a similar work ethic and drive and I have found that in Reservoir. I am very much looking forward to 2017 and beyond with Reservoir.”

Known for being one of today’s most in demand producers and songwriters in the world, Beanz began his development under the guidance of hit R&B group Dru Hill’s Jazz. His big break came in 2005 when super-producer Timbaland took Beanz under his wing as a vocal producer and, later, a song producer. Beanz has written and produced songs for some of the world’s biggest artists including Britney Spears, Katy Perry, Justin Timberlake, Nelly Furtado, Shakira, Jennifer Hudson, Snoop Dogg and more. He has contributed to a host of Billboard #1s and multi-Platinum selling records including Spears’ “Gimme More” and “Womanizer” and Furtado’s “Promiscuous” and “Say It Right,” among others.

Not limiting himself to studio sessions, Beanz’s work has been prominently featured on some of television’s biggest series. In 2008, he co-wrote “Believe” by Dima Bilan, the winning entry of the Eurovision Song Contest. In 2015, Beanz wrote and produced a majority of the songs on the first season of FOX’s hit musical drama Empire, the soundtrack of which debuted #1 on the Billboard 200 chart, the first television soundtrack to do so since 1985. It also picked up Best Soundtrack nominations at the 2016 Grammy Awards, Billboard Music Awards, and 2015 American Music Awards. Furthermore, his work on Empire’s second season earned him an Emmy nomination for Outstanding Original Music and Lyrics for the song “Good People”. Most recently, Beanz produced the music to The Simpsons‘ 600th episode, a one-hour hip-hop themed episode which aired on January 15.

“Jim’s talent and the body of work that he brings to Reservoir are undeniable,” said Reservoir SVP of Creative and A&R Spek. “He is a truly multi-dimensional songwriter and producer at the top of his game and we can’t wait to get to work with him.” Spek, who signed Beanz to the roster, will oversee the project in New York, complemented by additional support from Reservoir’s Creative teams in Los Angeles and London.