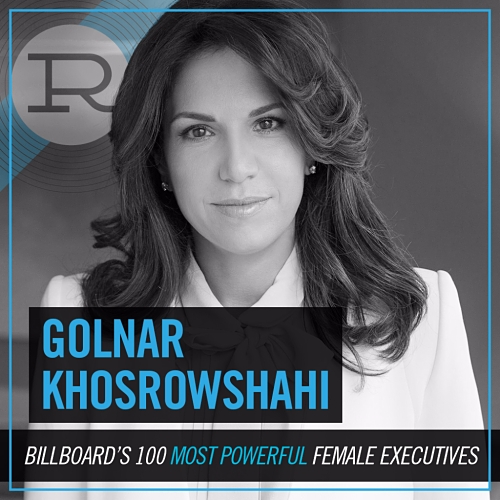 Golnar Khosrowshahi, Reservoir’s president and founder, has been named one of Billboard’s Most Powerful Executives in the Industry, as a part of their 2017 Women in Music list. Khosrowshahi joins more than 100 women that “represent today’s dealmakers, influencers and tastemakers…[who are] pushing the music industry forward.”