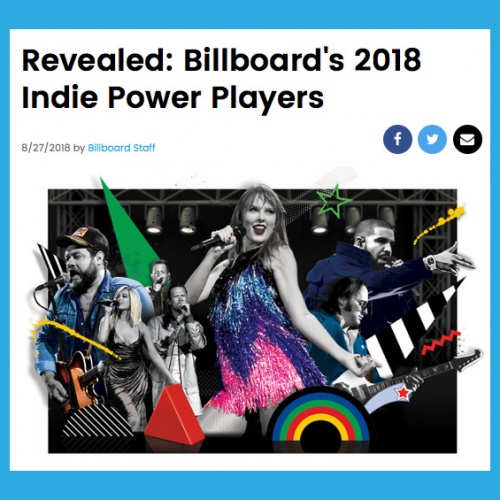 Golnar Khosrowshahi, Reservoir’s founder and CEO, has been named one of Billboard’s Indie Power Players for 2018. This marks Khosrowshahi’s second year on the list of 73 of the most successful independent music business mains made up of executives, distributions, labels and publishers. Speaking on Reservoir’s recent achievements, Khosrowshahi told Billboard, “the chart positions of the songs administered by Reservoir confirm the quality of the music catalogs we have acquired and the quality of the people who we have added to the writer roster.”