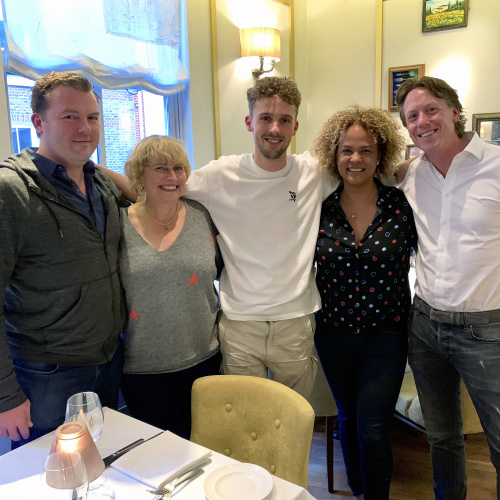 Reservoir has teamed up with Benelux sub-publishing partner CTM Publishing to co-sign Thom Bridges to a worldwide publishing deal. The collaborative joint-venture will see Reservoir and CTM work together on all creative and administrative aspects of Bridges’ songwriting career, including the support of his upcoming artist project with Universal Music Germany, plus recently released single “Let’s Get Married” performed by Yellow Claw featuring fellow Reservoir rostermate Offset and Era Istrefi.

Based between Amsterdam and Los Angeles, the Dutch-born Bridges is a highly sought-after writer-producer best known for his collaborations with Dutch DJ-producer duo Yellow Claw. Bridges teamed up with the duo on their #1 Billboard Dance Album Blood For Mercy, plus follow-up albums Los Amsterdam, New Blood, and Danger Days, which included collaborations with DJ Snake, Elliphant, Tinie Tempah, Quavo, and Juicy J, among others. He also co-wrote Yellow Claw’s recent singles “Baila Conmigo” and “We Can Get High.” Bridges’ remix of Olivia Holt’s “Generous” earned him his second Billboard #1, when the dance-pop cut topped the US Dance Club Songs chart. To date, his works have been streamed over one billion times.

“I am very proud of how Thom has developed as a successful writer and producer under the wings of CTM in the last five years,” notes CTM Publishing Managing Director Jitze de Raaff, who has been working with Bridges since 2014. “Now it’s time for the next step in his career and I couldn’t be happier to be doing this together with our longtime partner Reservoir.”

“I’m so excited to finally announce that I’ve signed a publishing deal with Reservoir and CTM Publishing. New family, new adventures, and a lot of new music to come,” says Bridges.

Adds Reservoir EVP of Creative Donna Caseine, “Thom is one of the most exciting emerging talents I’ve come across. It is wonderful to welcome him to the Reservoir family alongside our partners at CTM, utilizing our combined strengths and networks to elevate his already impressive career.”