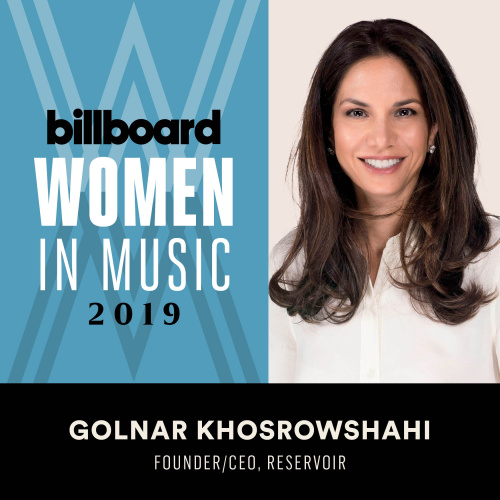 Reservoir Founder & CEO Golnar Khosrowshahi has been named one of Billboard’s 2019 Women In Music for the third year in a row. The annual Women In Music list includes 150 female industry leaders who have played a significant role in their field, from label executives to agents to music publishers. Billboard noted that Reservoir’s revenue, “grew by 39% in fiscal year 2018 and 34% in the first six months of this year” and elaborated that Khosrowshahi is, “now reshaping this leading indie publisher as a full-service music company with the acquisition of Chrysalis Records, which boosted Reservoir’s recorded-music catalog to 20,000 masters.”

Follow Me!
Reservoir Named 2019 Publisher of the Year by Music Business Worldwide