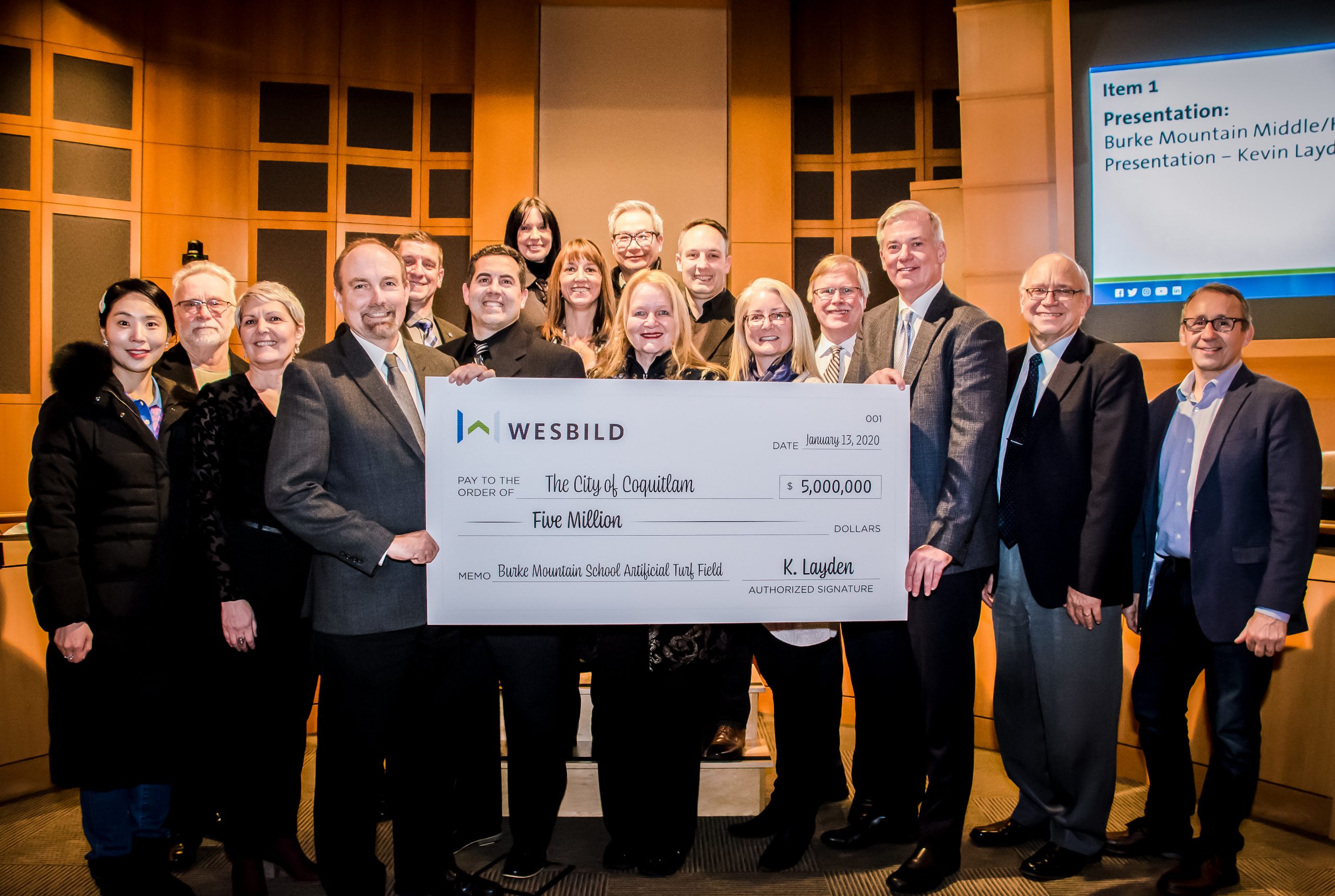 Wesbild is proud to announce that they have made a contribution of $5 Million towards the future construction of a lit artificial turf field at the future Secondary/Middle School site on Burke Mountain in Coquitlam.

In addition to the field, Wesbild has also committed to donating and servicing the land for the six-acre Marigold Elementary School site in the Partington Creek neighbourhood.

The future joint middle/secondary school and park site is viewed as a top priority by the City of Coquitlam and School District No. 43, given the continuing growth in the Burke Mountain area. The Secondary School is in the planning stages, and will feature innovative green technology.

The park component will be funded through Wesbild’s $5 Million contribution, plus an additional $3.8 Million from development revenues through the City of Coquitlam’s Development Cost Charges paid by developers.